you have no idea how great our system is it genuinely holds up our economy our corruption system and these zoomers grow up on the internet where everything is sunshine and rainbows, you see and they become police officers and think that anything will be fixed if they reject bribes they don't do anything but harm the government workers wont stop asking me for bribes to let me build a house, right so them batting an eye to me would do more against corruption than fining me they're working with them by being so “righteous” but they don't see the big picture i either bribe the police 50 euro, or the office whores who sign this shit 500 euro it seems that day only comes after i get them fired which contributes more to corruption? the police will just use this to buy food but those higher ups, they'll use it to further bribe their superiors because their superiors know every single thing they did wrong and they're not going to not claim that free money they can extort out of them 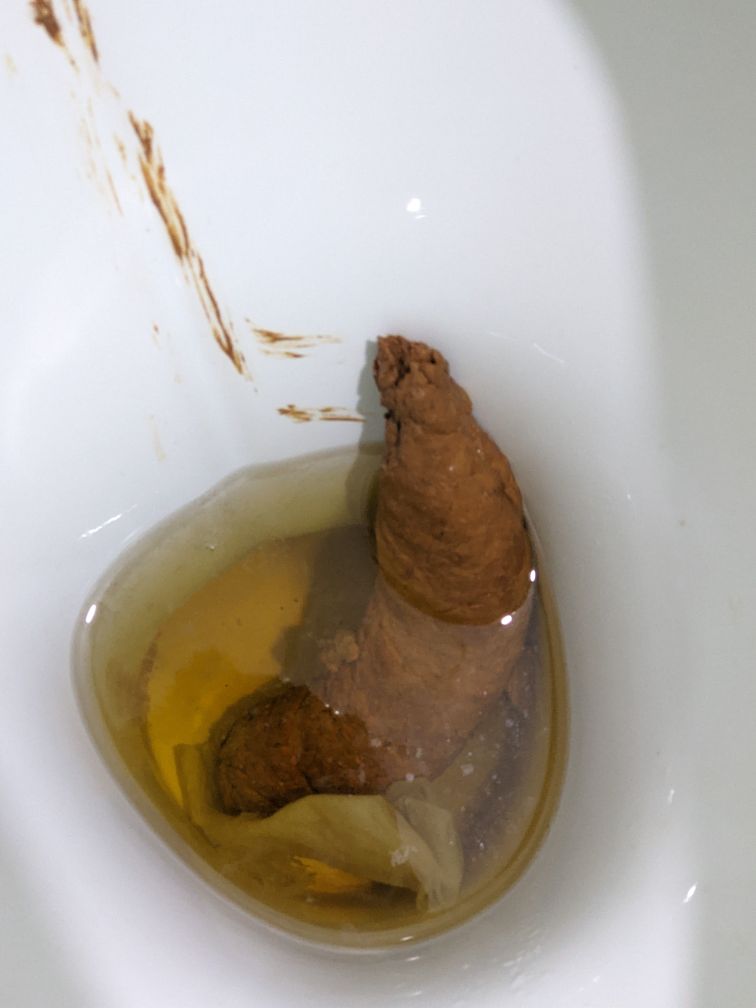 It was two days ago I started eating skyr, and from the very start I knew it would improve the quality of my blog posts. For 3 days I have not shat, but waited for the great moment I would get to feel the pleasure of taking my first skyr-induced dump. As I prepared, bending over and hightening my legs, it was already coming out. The first part was quite normal, but then came the second, which was very similar to a worm, and along with it some smaller, round little parts that were of little significance. After it was all over, I grind the paper against my asshole, and as expected, it was ruined, although I had to wipe less than usual.

Never before have I imagined that a shit could be so big, yet go out so easily and hastily. It was very dark, but had very little cracks, the first part was very thick, but not very long. The second part was more akin to a big rock. It came out clean, leaving me with no need for toilet paper.

The Ghost Shit The kind where you feel shit come out, see shit on the toilet paper, but there's no shit in the bowl.

The Clean Shit The kind where you feel shit come out, see shit in the bowl, but there's no shit on the toilet paper.

The Wet Shit You wipe your ass fifty times and it still feels unwiped. So you end up putting toilet paper between your ass and your underwear so you don't ruin them with those dreadful skid marks.

The Second Wave Shit This shit happens when you've finished, your pants are up to your knees, and you suddenly realize you have to shit some more.

The Brain Hemorrahage Through Your Nose Shit Also known as “Pop a Vein in Your Forehead Shit”. You have to strain so much to get it out that you turn purple and practically have a stroke.

The Corn Shit No explanation necessary.

The Lincoln Log Shit The kind of shit that's so enormous you're afraid to flush it down without first breaking it up into little pieces with the toilet brush.

The Nororius Drinker Shit The kind of shit you have the morning after a long night of drinking. It's most noticeable trait is the tread mark left on the bottom of the toilet bowl after you flush.

The “Gee, I Really Wish I Could Shit” Shit The kind where you want to shit, but even after straining your guts out, all you can do is sit on the toilet, cramped and farting.

The Wet Cheeks Shit Also known as the “Power Dump”. That's the kind that comes out of your ass so fast that your butt cheeks get splashed with the toilet water.

The Liquid Shit That's the kind where yellowish-brown liquid shoots out of your butt, splashes all over the side of the toilet bowl and, at the same time, chronically burns your tender poop-chute.

The Mexican Food Shit A class all on its own.

The Crowd Pleaser This shit is so intriguing in size and/or appearance that you have to show it to someone before flushing.

The Mood Enhancer This shit occurs after a lengthy period of constipation, thereby allowing you to be your old self again.

The Ritual This shit occurs at the same time each day and is accomplished with the aid of a newspaper.

The Guinness Book Of Records Shit A shit so noteworthy it should be recorded for future generations.

The Aftershock Shit This shit has an odour so powerful than anyone entering the vicinity within the next seven hours is affected.

The “Honeymoon's Over” Shit This is any shit created in the presence of another person.

The Groaner A shit so huge it cannot exit without vocal assistance.

The Floater Characterized by its floatability, this shit has been known to resurface after many flushings.

The Ranger A shit which refuses to let go. It is usually necessary to engage in a rocking or bouncing motion. The way you usually fix this is by taking the improved standard pose. Begin by tiptoeing, and then lean a little bit forward. If this still fails, try different angles for your legs and your back. If this also fails, then do not push, as it is usually useless and will only damage your colon in the long run. The last resort is to simply wipe it away.

The Phantom Shit This appears in the toilet mysteriously and no one will admit to putting it there.

The Peek-A-Boo Shit Now you see it, now you don't. This shit is playing games with you. Requires patience and muscle control.

The Bombshell A shit that comes as a complete surprise at a time that is either inappropriate to shit (i.e. during lovemaking or a root canal) or you are nowhere near shitting facilities.

The Snake Charmer A long skinny shit which has managed to coil itself into a frightening position – usually harmless.

The Olympic Shit This shit occurs exactly one hour prior to the start of any competitive event in which you are entered and bears a close resemblance to the Drinker's Shit.

The Back-To-Nature Shit This shit may be of any variety but is always deposited either in the woods or while hiding behind the passenger side of your car.

The Pebbles-From-Heaven Shit An adorable collection of small turds in a cluster, often a gift from God when you actually can't shit.

Shitzopherenia Fear of shitting – can be fatal!

The Power Dump Shit The kind that comes out so fast, you barely get your pants down when you're done.

The Liquid Plumber Shit This kind of shit is so big it plugs up the toilet and it overflows all over the floor. (You should have followed the advice from the Lincoln Log Shit.)

The Spinal Tap Shit The kind of shit that hurts so much coming out, you'd swear it's got to be coming out sideways.

The “I Think I'm Giving Birth Through My Asshole” Shit Similar to the Lincoln Log and The Spinal Tap Shits. The shape and size of the turd resembles a tall boy beer can. Vacuous air space remains in the rectum for some time afterwards.

The Porridge Shit The type that comes out like toothpaste, and just keeps on coming. You have two choices: a) flush and keep going, or b) risk it piling up to your butt while you sit there helpless.

The “I'm Going To Chew My Food Better” Shit When the bag of Doritos you ate last night lacerates the insides of your rectum on the way out in the morning.

The “I Think I'm Turning Into A Bunny” Shit When you drop lots of cute, little round ones that look like marbles and make tiny splashing sounds when they hit the water.

The “What The Hell Died In Here?” Shit Also sometimes referred to as “The Toxic Dump”. Of course you don't warn anyone of the poisonous bathroom odour. Instead, you stand innocently near the door and enjoy the show as they run out gagging and gasping for air.

The “I Just Know There's A Turd Still Dangling There” Shit Where you just sit there patiently and wait for the last cling-on to drop off because if you wipe now, it's going to smear all over the place.

This one was two-parted, light brown, not very thick, and had an average length. There is not a lot to write about this one, except for the fact that I was standing for ~10-15 minutes waiting for the last piece to fall, when it already fell. This shit left me apathetic.

Today's shit was very much like the last one I posted a picture of, except for it's smaller thickness and larger length. The texture was nice, although it was not a very compliant son of a bitch. I eventually had to wipe it out with toilet paper. I am sorry for not providing a picture, but the view was obstructed by ass wipes once I was done. This wasn't a very good shit, but it also wasn't bad neither.

This was not a complaint shit, it fought with me in a legendary battle, which felt like hours although it took minutes. I have pushed hard, but it all amounted to nothing. My ass was full of shit and there was no way out of it other than paper. I take the regular test-wipe to see how dirty it really is. I quickly found out that this was quite possibly the worst shit I've ever taken. After 6 minutes of wiping, I accept defeat, shit-in-ass, and go back to my computer, where I could once again tell strangers about my experience.

This one was big, strong, powerful. It came with 2 companions. This is a shit to be proud of, it is almost perfect. The only complaint I have about it is the big crack in the middle, but this could have been caused by the impact it had against the toilet bowl.

The first part was small, about the size of a testicle or a smaller snowball. The second was the main part, being quite long and very thick. And the shitty cherry on the chocolate cake was the smallest part.

“Why do we peepee when we poopoo but not poopoo when we peepee?” Is a question every being has asked itself at least once in it's lifetime. Today, I poopoo'd when peepeeing. As the end of my yellow cascade came, I began to feel a recognizable tingling in my niglet making hole, it was time for me to shit.

Without need of any force, my chocolate starfish ejaculates a small piece, moist and soft, it splashes against the water dramatically. With close to no pause to breath, it's sibling chases after it in fury. Two seconds pass and the father comes down after it, eloquently completing the family.